“How do you value this work and articulate that value to others?”

A deceptively difficult question and one that resonates most for me from the Q&A during our This Rhetorical Life presentation at SUNY COW. The question was in part how we represented the podcast initiative on our CVs—something that I was excited to answer after recently reading Cathy Davidson’s “How and Why to Make Your Digital Publications Matter.” Shortly before the conference, I had updated my CV to include a digital projects section. And though perhaps it would lend more street cred to fit them into traditional categories—This Rhetorical Life could be academic service, maybe—I wanted them to stand apart, for better or worse, as their own unique form of publishing. My talk centered on the idea that digital projects (and This Rhetorical Life in particular) should “count” as scholarly publication.

That question also had underlying concerns about how we represent our digital work to our departments and to the larger discipline. Even though I’ve read articles discussing the role of digital scholarship (Ball, 2004; Cohen, 2010; Fitzpatrick, 2010; Burgess and Hamming, 2011; Fitzpatrick, 2011; Nowviskie, 2011), the idea of digital publication—even as scholars discuss it and enact it—still seems so far away. Perhaps it’s just the extremely gradual process of moving away from already-established structures.

It was interesting going back to Fitzpatrick’s piece on MediaCommons this week—something I had read before—to see how her 2007 argument still very much resonates today. In fact, during my SUNY COW presentation, I feel like I was trying to make similar arguments for the potentials of dialogue in digital scholarship.

Selfe and Hawisher’s exploration of the methodologies of peer review in its historical and contemporary applications was also useful for illustrating these gradual shifts. And, interestingly, there was something less certain about this piece than other things I’ve read about changing peer review processes (maybe because my first introduction to the conversation was through Hacking the Academy). When discussing the way peer review processes are affected through digital publication, for example, Selfe & Hawisher argue that “the identity of authors is almost impossible to remove entirely from electronic projects,” which means “referees now are aware of the identities of project authors” (674). This seems like a positive and a negative. It comes after a declaration of the flawed “anonymous” peer review process (which creates unbalanced hierarchies and may not truly be anonymous), but new issues of subjectivity and partiality also arise. Similarly, they explain that “the process of revising and editing mediated projects takes longer and is more involved than for print manuscripts” (675), which means the reviewers need to have more technical expertise. While this makes sense, it also seems to suggest a more time-intensive process.

This makes me think of my initial reactions to Fitzpatrick’s piece: Who has time to do open peer review? I’m interested by the idea, but what’s the incentive for reviewers over a long period of time? Even Fitzpatrick’s piece had minimal comments. What happens if an open peer review only solicits two commenters?  And as some of the commenters on Fitzpatrick’s piece discussed, do you value the comment of a PhD in that field over a less credentialed commenter with a just-as-valid point? Even Selfe and Hawisher note that the editors they interviewed were concerned with “scholarly integrity” (689).

In “Open Access Publishing and Scholarly Values,” Dan Cohen argues, “Writing is writing and good is good,” regardless of the publication medium. Because there is so much content available to us, we tend to prioritize based on prestige (reading particular top-tier journals) rather than content. For example, I try to read from CCC or RSQ because they have disciplinary currency, although I’m also drawn to the work published in alternative journals like Harlot. This isn’t to say that I don’t appreciate the work that’s done in journals like CCC, but it does put pressure on the value of digital publication. 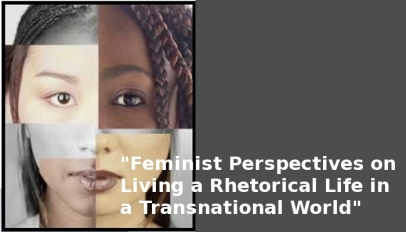 So to attempt to tie up some of my loose ends, I offer a podcast example. Last Friday, we posted the live-recorded panel “Feminist Perspectives on Living a Rhetorical Life in a Transnational World,” a 57-minute podcast that features conference-length talks and responses by Rebecca Dingo, Eileen Schell, Dana Olwan, Anna Hensley, and Tim Dougherty. Each of these talks were well cited, rhetorically pointed, and timely analyses of contemporary issues. Every time I listen to it (or read it), I’m blown away by how thoughtful each speaker is. Could any one of them get those papers published in an academic journal? For sure. Could they count the opportunity as an invited panelist? Definitely. Because we published it for This Rhetorical’s Life website, could they count it as a digital publication? Is the information less valuable to the field if it isn’t peer reviewed?

What’s on My Mind